DOC’s Festival Concierge (FC) service was created to help fill a gap in knowledge and support services for documentary filmmakers who were seeking to leverage the increasingly complex domestic and international film festival circuit and achieve their audience, impact, and distribution goals.

Festival Concierge was developed in 2014 and then relaunched in 2019 as a for-fee-service providing tailored one-on-one consultations and direct strategic guidance and supporting resources for film festival distribution. We are proud to be the only such service available to independent doc filmmakers in Canada!

Champions the creative, social and cultural contributions of documentary, including its role in fostering civic engagement and a democratic society.

Each service package includes a one-on-one consultation with one of our consultants over the phone/video call. Your consultant will review the production and provide a written assessment with recommendations, and you will be provided with proprietary festival distribution resources, including festival tracking sheets.

We want to ensure that your finished production is exhibited to its full potential. Our expert consultants will ensure you revisit your core intentions, stay connected to the film’s purpose, and practice detachment and resilience as your film enters the market. Where are energies and resources best applied? What options could be eliminated? What are the possibilities? These are all important questions Festival Concierge will help to answer. 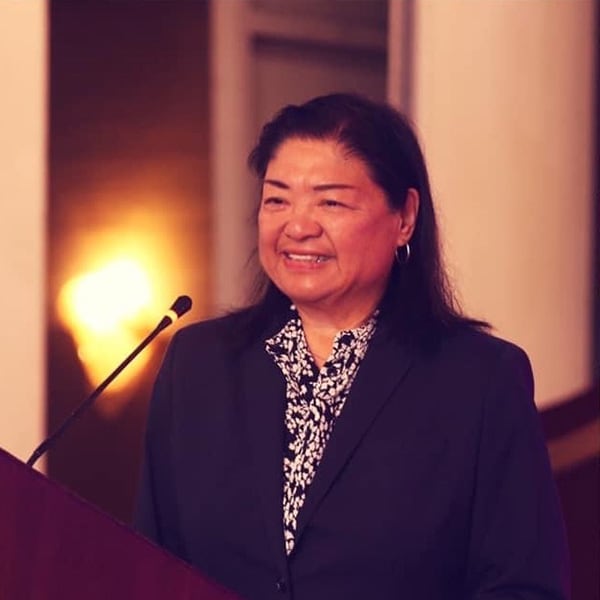 Claire Aguilar is a programmer, producer, and independent consultant, and strategist. She is formerly the Director of Programming and Policy at IDA (International Documentary Association), overseeing professional development, education, mentorship, and training initiatives and she served as the primary programmer for IDA’s biennial “Getting Real” documentary conference. She is the former Director of Programming and Industry Engagement at Sheffield Doc/Fest, one of the leading festivals for documentary and digital media where she curated and directed the film program for Doc/Fest 2015 and 2016, programming over 350 films and working with over 200 filmmakers and media creatives. At the Independent Television Service (ITVS), she served as Vice President of Programming and Executive Content Advisor, working on program content and strategy for the organization, including commissioning programming from international and U.S. independent producers. She co-curated the Emmy and Peabody awarded series Independent Lens, PBS’s prominent showcase of independently produced films. She has served as a festival juror, programming consultant, and panelists for IDFA, Dok Leipzig, DocAviv, the Ford Foundation, the Corporation for Public Broadcasting, the Rockefeller Foundation, The National Endowment for the Arts, the Pew Fellowships in the Arts, and many other media organizations and film festivals. She is Vice President of the Board of Women Make Movies and serves on the Executive boards of Firelight Media and the Why Foundation. She is a second-generation Filipina American and lives in Los Angeles.
Claire has worked on many documentaries as a commissioning editor and editorial consultant, including Waltz with Bashir by Ari Folman, Steve James’s The Interrupters, Frederick Wiseman’s State Legislature, At Berkeley and In Jackson Heights, The Invisible War by Kirby Dick, and many others. She recently executive produced Final Account by Luke Holland, which premiered at the Venice Film Festival 2020. 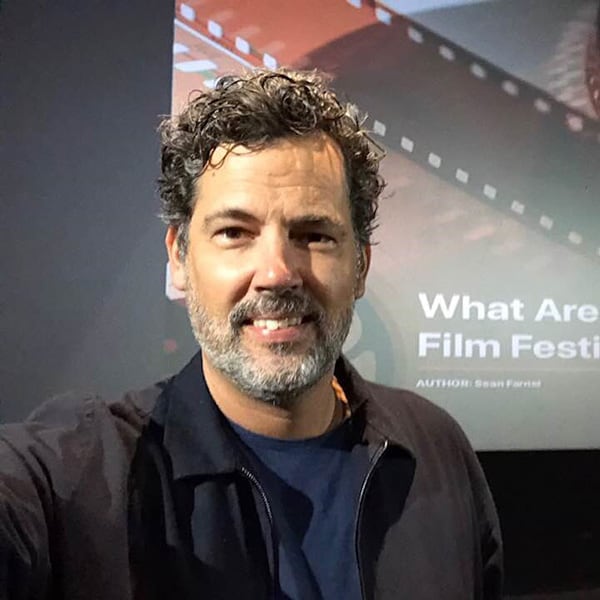 Sean Farnel provides creative, marketing and distribution services to documentary producers, companies and institutions. He was the first director of Programming for Hot Docs, which tripled its audience during his six-year tenure. Prior to joining Hot Docs, Sean created the popular screening series Doc Soup and founded the documentary programme at the Toronto International Film Festival. As well, he developed and launched TIFF’s initial strategic plan for Learning programmes. Sean has done research and strategic consulting for the National Film Board of Canada, Telefilm Canada, the Documentary Organization of Canada. FilmFreeway and other media companies in the private and public sectors. Along with writing for numerous publications. Sean has served as a mentor, facilitator, panelist and juror at hundreds of film events. 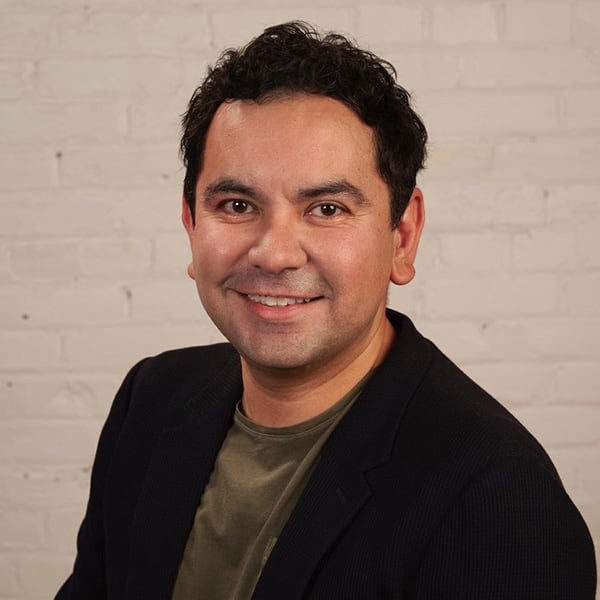 Jason Ryle is a producer, programmer, curator, and arts consultant based in Toronto. He is Anishinaabe from Lake St. Martin, Manitoba. Jason was the Executive Director of imagineNATIVE from July 2010 to June 2020, an Indigenous-run organisation mandated to support Indigenous screen-content creators. In this capacity, Jason oversaw all operational and artistic activities of the annual imagineNATIVE Film + Media Arts Festival and the organisation’s year-round initiatives, including international partnerships and special projects. The Festival had a strong focus on documentary works made by Indigenous filmmakers from Canada and abroad. In his role at imagineNATIVE, Jason developed an international network of programmers, sales agents, and distributors with the purpose of promoting Indigenous screen content to a global audience. Jason brings his 18-years-experience as a programmer and presenter of Indigenous-made content to the Festival Concierge program.
Since 2006, Jason has been a script reader for the Harold Greenberg Fund (which provides financial support to Canadian narrative screenwriters), which includes story development and market assessment. He currently serves as the Chair of the Toronto Arts Council’s Visual & Media Arts Committee and is a member of the Indigenous Advisory for the National Film Board of Canada.
From 2013 until 2019, he was an Advisor for Indigenous films at the Berlinale. He also oversaw the Indigenous Cinema stand at the European Film Market from 2015-2000, which promoted documentary and narrative works made by Indigenous filmmakers. Jason has produced two short animations and is currently in development as a producer on two documentary features, a narrative feature, and three short films.
Jason has served on numerous juries, panels, and advisories. In 2020, he served on the Advisory Committee for the Australian International Documentary Conference (AIDC) and as a juror for DokuFest (Kosovo) and the National Screen Institute’s IndigiDocs program. He also served as a jury member for Hot Docs in 2019.

Submit your project on our Festival Concierge FilmFreeway account and DOC will facilitate the booking with your Consultant!

Our Festival Concierge page on FilmFreeway is set to private, so no one can search for it from the main page. Once you submit, the only people who have access to your film and supporting information are DOC Staff for administrative purposes and your Festival Concierge Consultant. At no point will this be shared publicly.

On the next page, select “I want to submit my work or get tickets to festivals”.

Once you’ve created your profile, you can upload your current project to your page. Next step is to submit via the Festival Concierge page.

DOC Staff will review your submission and get in touch with you if there is any missing information. You will hear from DOC within 2-3 business days after submitting. You will then be sent a payment link and a link to book your Consultation. We book all Consultations two weeks from the date you receive the link. This ensures that your Consultant has ample time to review all your materials!

You will receive a payment link from DOC that will link to our website.

When you receive your payment link from DOC, you will also a link to book your first session. Don’t worry, you don’t need a Calendly account to make a booking! Simply follow the link and select a date and time that works best for you.

Once you select, you will receive an appointment in your preferred personal calendar. This will include a Zoom link, which is how you will access your consultation on the date you have selected!

To confirm your consultation, you must ensure that you have made payment within 7-days of receiving the link. Failure to make the payment on time will result in your consultation being canceled and your Calendly booking removed.

On the day of your consultation, click the Zoom link provided in your calendar booking. You do NOT need to have a Zoom account to launch this window. You will have the option to speak with your Consultant via video conference, or just using voice. Once your consultation is done, exit the link – and you’re all done!